The creation of the train timetables began in the CEV system, where the carrier entered basic information about trains. The carrier subsequently specified data about locomotives in the ASO system. Finally, the track operator’s constructer calculated the time location of the trains in the SENA system.

Subsequently, the train objects were entered into the ASO2 system – locomotives, train-sets, locomotive crews and train crews, serving as input data for planning circulations and shifts. Locomotive circulations were created using the ASO3 system, and train-sets circulations using the ASO4 system. The ASO5 system was used for planning locomotive crew shifts and the ASO6 system for train crew shifts. The matrices of shifts and circulations were then visualised in the ASO-Gepard system. The synchronization of the ASO system with other information systems was ensured by the ASO7 system using removable text files.

All ASO programs use one data file containing all required data about:

In 2006, as the information technologies moved significantly forward, the development of new applications for designing rail transport schedules has been launched. In the same year, the main operator of Slovak railways, Železničná spoločnosť Slovenska, began using the ASO system under the name ASO_SK.

Currently, the ASO system is not actively used anymore. It was replaced by the modern information system KASO. 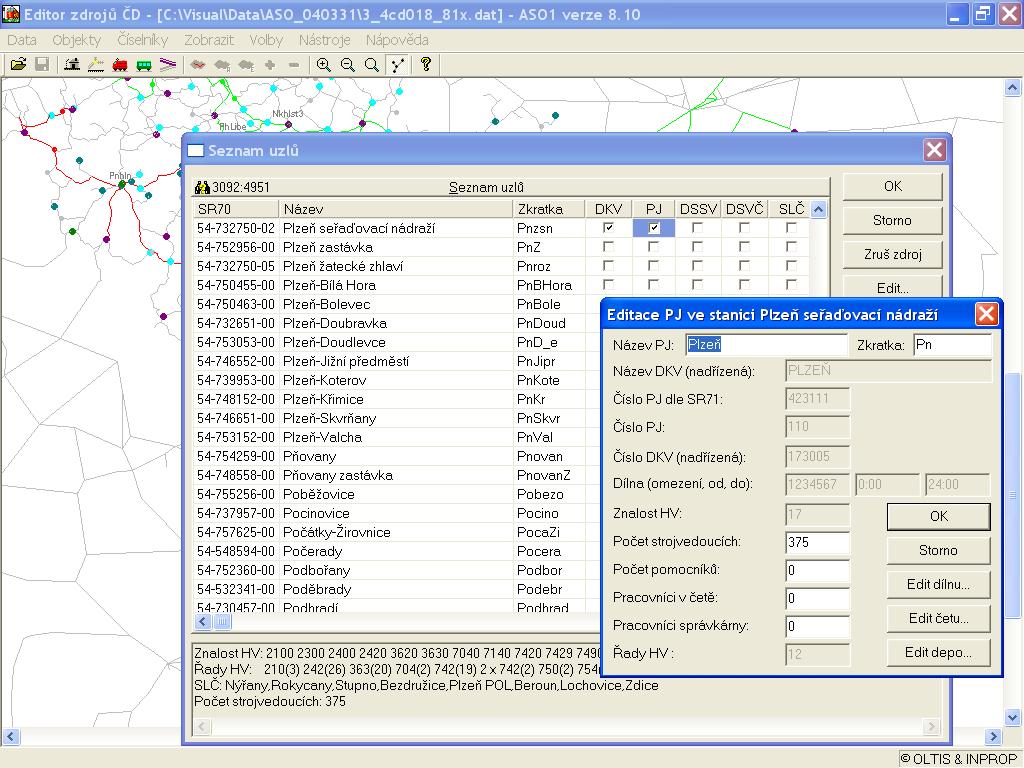 ASO1: Editing of the operation unit in the station 'Plzeň seřaďovací nádráží' 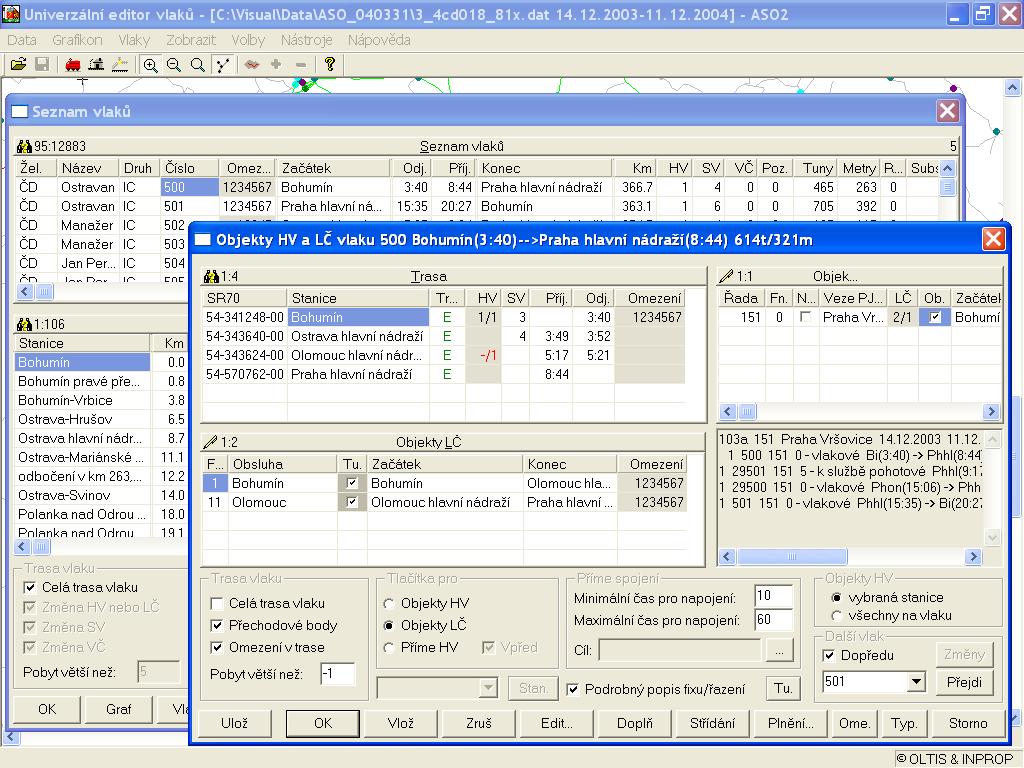 ASO2: Editing of the locomotive objects and locomotive crew of the train no. 500 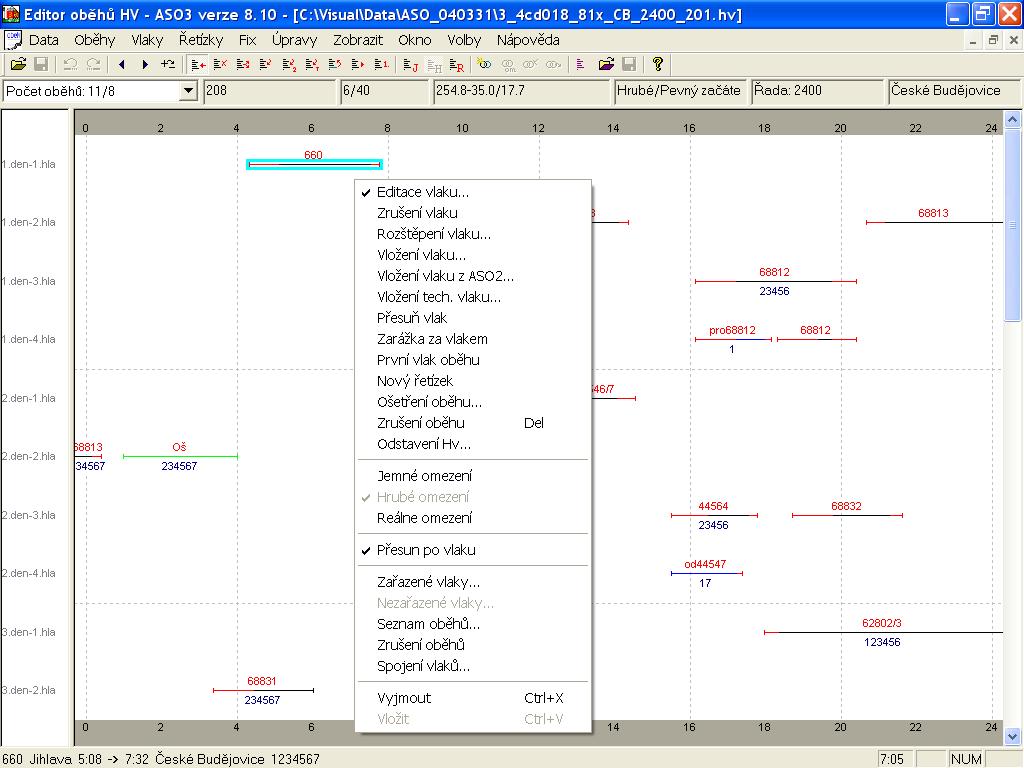 ASO3: Further options for editing the object HKV train no. 660 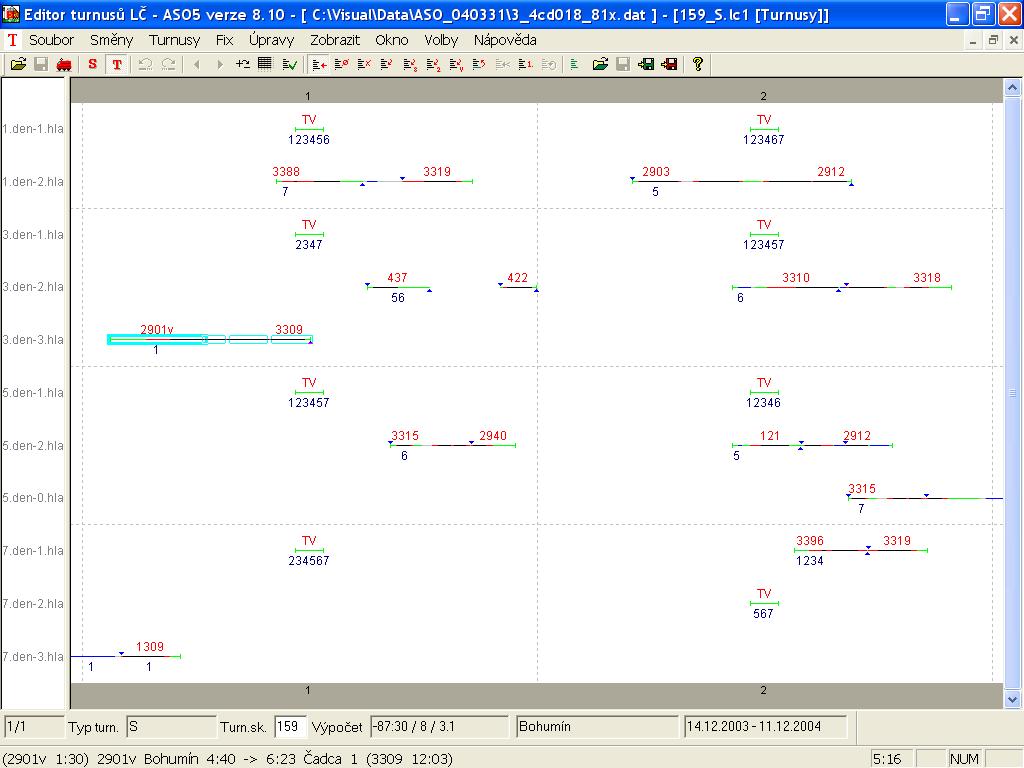 ASO5: Overall preview of the shift no. 159 in Bohumín 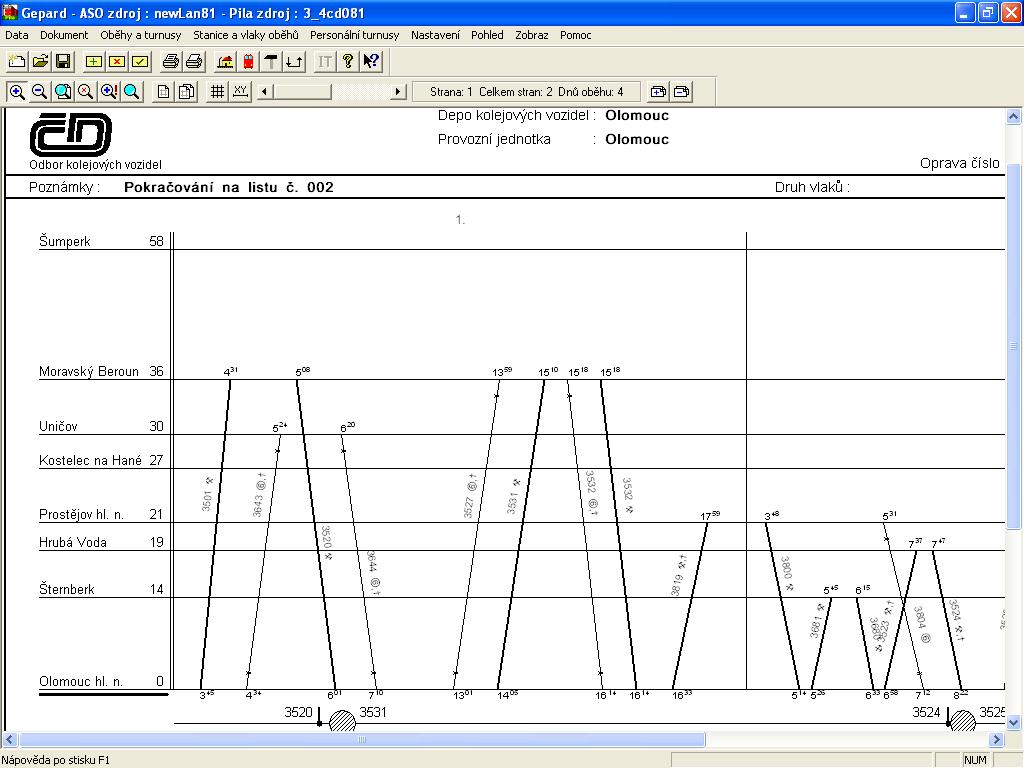 GEPARD: Overall preview of the matrix of the HKV circulation